Fredrick Taylor, author of Dresden, The Berlin Wall, and other works on modern German history, addresses the problems the occupying powers encountered in the immediate aftermath of the most devastating defeat ever suffered by a modern nation. While he covers all four powers, the emphasis is on the two Anglo-Saxon nations. Taylor gives the reader quiet good account of the Werwolf resistance movement, which, while not as effective as the Nazis had hoped was more active than most histories suggest.

He also dissects of the absurdities of the de-Nazification process, noting that the Western allies cast far too wide a net, so that the process drowned in paperwork about very small fish, while serious war criminals frequently got off.

Taylor wisely avoids getting bogged down in the emerging Cold War. Instead he gives us an excellent synthesis of how the ill-starred and ad hoc occupation evolved into what became West Germany over the period Taylor describes the mayhem that ruled in Germany at the time: eight million slave labourers and "displaced persons", jostling for position with more than 11 million ethnic Germans who either were refugees or had been expelled from the east, summarily ejected from their homes, often with considerable brutality, by Czechs, Poles and other peoples who had bent under the Nazi yoke.

Millions more German soldiers were confined to prisoner-of-war camps from which some of them, as in the Soviet Union, were not released until the mids. There was mass looting by Allied, above all Red Army, troops - on close inspection, the celebrated photo of a Soviet soldier raising the Red Flag over the Reichstag reveals that he is wearing not one but several stolen wrist watches.

Exorcising Hitler: The Occupation and Denazification of Germany by Frederick Taylor – review

And the black market grew ubiquitous, with goods paid for not in money that was rapidly losing its value, but in cigarettes, which everyone at the time seemed to crave. For all the chaos and suffering he portrays, Taylor never loses sight of how the Germans under Nazi leadership inflicted far greater suffering on the rest of Europe during the war.

For the crimes they had committed, they were now held to account by the Allies, and all over Germany ex-Nazis were arrested, detained, interrogated and, in many cases, put on trial. Beyond this, there was "denazification", in which millions of Germans had to answer questions about their Nazi past. Taylor describes the shortcomings and absurdities of the process.

In the end, as the cold war made it politic not to offend West Germans too much, it ran into the sands. Former Nazis, many of them terrible war criminals, flocked back into the establishment in disturbing numbers.


Yet was denazification as much of a failure as Taylor implies? In the end, neo-Nazism never even came close to upsetting the functioning, if complacent, democracy that was established under Konrad Adenauer. 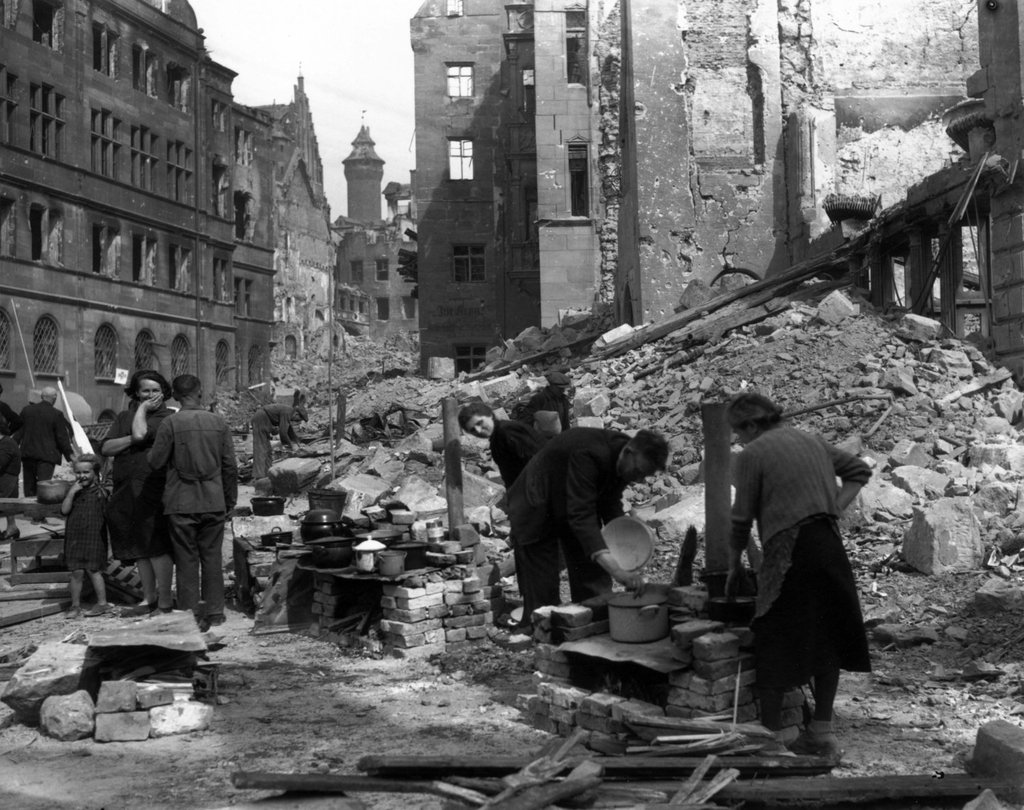 The German people achieved stability not by exorcising Hitler, but by forgetting him. Taylor's treatment of the re-establishment of political life in Germany is too cursory, and he would have done better to have stopped in rather than attempting to continue the story up to the present day.

Nevertheless, as a history of the occupation, this is a great book. Filled with quotable quotes and memorable anecdotes, it presents a vivid portrait of life in Germany at and just after the end of the war.

And there is enough analysis here to give the reader a clear view of what motivated Allied conduct and of how and why it changed over time. Taylor's book is popular history at its best, essential reading for anyone who is interested in the Nazis and wants to know what happened next.


This article first appeared in the 07 March issue of the New Statesman, The great property swindle. Sign up. You are browsing in private mode.